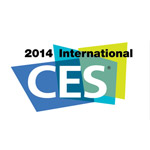 The 2014 International CES (January 7-10 in Las Vegas) kicks off in a little more than a week. We’ve seen tons of great new tech in the past year, and we’re about to see a whole new wave of what’s going to dominate 2014. Whether you’re heading to Las Vegas with me or following the show at home, here’s what to keep an eye out for.

We’re becoming exo-digitally enhanced humans and we’re incorporating our digital world more and more into our physical world. Through gadgets like Galaxy Gear and Google Glass, we’re never more than a gesture away from accessing anything we want in the digital world. And with rumors that both LG and Samsung are working on fitness trackers, this trend is only going to get bigger. Wearables are no longer the future; they are the present, and every company wants a piece of that pie. Speaking of pie (and fitness trackers)…

Think  The Quantified Self. Think The Smartphone Diet. LG and Samsung’s gadgets might not make it to market for months, but it’s already a huge area with many companies vying for your dollars. From Jawbone to Nike and beyond, there are tons of awesome trackers out there already. With companies like Qardio and Omron and Mio and Vancive and Withings showing off amazing new products at CES, you’re about to have more choices than ever when it comes to tracking your health and quantifying your progress. And that’s to say nothing of companies like HAPI (makers of a smart fork that helps you eat better) that are helping make us healthier in other ways.

You think cutting down injuries by 90 percent and saving us $450 billion annually won’t get the attention of every major automotive manufacturer? There were a few companies showing off driverless cars at last year’s CES, and we can expect to see far more this year. Ford just announced a self-driving Ford Fusion and Volvo is dedicated to getting self-driving cars on the road by 2017. As more companies develop driverless cars, the technology will improve and the prices will go down, making it easier for all of us to get one of our very own (if we so desire).

From treating concussions to drawing blood to protecting sporting events, robots are making our lives safer, healthier and easier. Technology (and robots) are changing the way we live and revolutionizing healthcare and other industries. Expect even more robots in January. Robots from companies like Robstep, makers of the Robin-M1, helping make major cities less congested and travel within those cities easier than ever. Or from companies like TOSY, who put on a great show last year with its dancing robots, and is back this year with the brand new DiscoRobo. There’s also Innvo Labs, maker of PLEO rb, your very own pet dinosaur. Robots are everywhere.

Think Aereo, think Netflix’s TV disruption, think mobile apps (like this one from FiOS) that let you watch live TV on the go. Couple all that with major strides in amazing and affordable internet speeds like Google Fiber. Now think about all the companies that will follow suit in the worlds of free broadcast TV, original content online and mobile apps letting you stream live TV and you’ll see exactly where WIWWIWWIW video is headed. We’re already streaming in very different ways than we were a few years ago. Hulu began as a web-only platform; now, half its users stream exclusively on mobile. A year ago, Ultra HD content was a rarity; now, Amazon is shooting all its original content in 4K, and Netflix is doing the same with its flagship original series House of Cards.