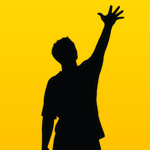 New Year’s Eve is an expensive time to get car service in New York. But rather than jack up its prices exponentially, Gett is instead adding a $30 surcharge on top of its normal rates because of high demand. The full press release from Gett is below:

To capitalize on the massive amount of partygoers who will be in need of a ride, many car services — like Uber — plan to increase their prices by as much as 8 times normal rates. But safe and comfortable transportation around New York City this year doesn’t have to break the bank. Gett, a leading consumer car service app in NYC, London, Moscow and over 15 other cities, will add just a $30 surcharge on top of their normal rates because of high demand. Gett’s fixed, transparent pricing that’s relatively affordable is a welcome break from the surging holiday pricing of many other car services. And Jerry and Jessica Seinfeld and family won’t have to worry about being grossly overcharged $415 for a local ride. Gett will be stationing one of its drivers in front of the Seinfeld’s Upper West Side residence for unlimited free rides on New Year’s Eve.