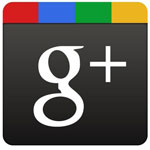 Advertisers can plug anything they want on Facebook and Twitter for free. And if they pay up, they can take those posts and transform them into “native” ads, so more people can see them. Now Google is trying the same thing with its Google+ social network. The big twist: The Google+ posts that brands turn into ads won’t be “native” ads, because they won’t run on Google+, which doesn’t allow (formal) ads. Instead, the ads will run around the Web, on sites that use Google’s massive ad network. Google is calling these “+Post” ads, and has been testing them out with a few advertisers. I have yet to see one in the wild, though Google is suggesting that will change soon. But based on Google’s description of +Post ads, and a video it’s using to advertise its ads (see below), it seems like an odd approach. Since the ads aren’t going to run on Google+, why go through the effort of making them seem like “real” Google+ posts?