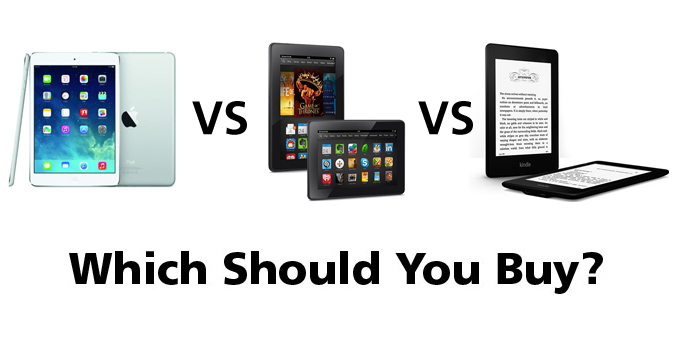 Should you purchase a full-featured tablet or a select-features tablet or an e-reader? That may be a better way to ask the question. Do you want to spend the money on an iPad? If so, nothing else will do. If you’re invested in the Apple ecosystem, there is no way that any other device is going to make you happy. That said, there are excellent reasons, such as price and performance, to consider purchasing a Kindle Fire HDX. And, there are very good reasons to prefer an good, old-fashioned eReader. Let’s have a look. 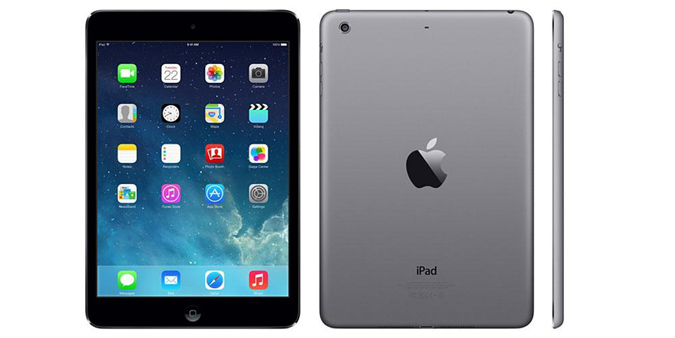 The iPad mini is everything you’ve come to know and love from the full-sized iPad, shrunk down to a 7” form factor. Apple’s newest iPad improves in every way over its predecessor. Where the first iPad mini was good (actually it was a miniaturized iPad 2), this one is great. The new iPad mini packs a Retina display that features the same resolution as the full-sized iPad Air. Also, like the iPad Air and iPhone 5s, the new iPad mini also features an A7 processor, which Apple touts as “desktop class.” It’s a whole lot of power in a really small package.

The mobile landscape has been built around Apple, and the iPad Mini’s biggest strength is its expansive app catalog. Like every other iPad, the mini can run every app in the App Store, which is far and away the number one reason to buy an Apple tablet over any other brand. For productivity, games or anything in between, the best apps almost always go to Apple first, and then make their way to Android, Amazon and Windows.

Chances are, you’ve used Apple products before. This is the same comfortable experience you’ve come to know and love from the company. Even if you haven’t, you’ll feel right at home in iOS. 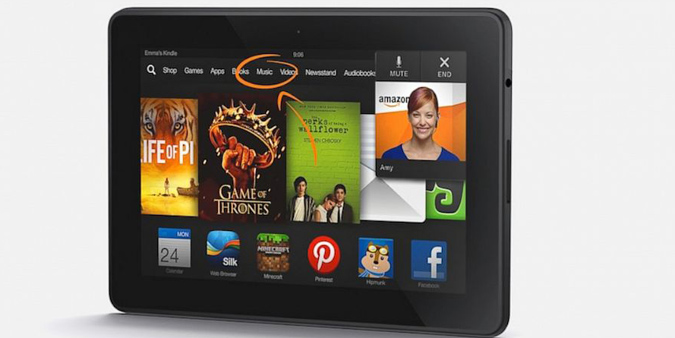 Amazon’s newest Kindle Fire tablets are the best the company has ever made. While slightly more expensive than the previous model, the 7” Kindle Fire HDX is more affordable than the new iPad mini. The HDX starts at $229, and even maxing out the storage capabilities and removing Amazon’s “Special Offers” will only set you back $324, a full $75 less than the cheapest iPad mini.

The new Kindle Fires have a few awesome features found nowhere else in the tablet world. Aside from the expected processor and RAM bump, the newest Kindle Fires have a Mayday feature that helps you connect with an Amazon tech-support employee directly on the tablet. The tech support agent shows up on your screen in a tiny video box while they help you. If you’re having any trouble navigating or troubleshooting your device, Mayday is here to help, and that’s awesome. Amazon’s staff won’t be able to see your passwords, and you can ask them to disable screen mirroring at any time. The feature also doesn’t use the Fire’s front-facing camera, so no worries there.

The Kindle Fire HDX won’t blow the competition away with specs – though they are impressive – but it will when it comes to support. Amazon has made its tablet friendlier and less intimidating, and wants to deliver a world-class experience. Mission accomplished!

Like all of Amazon’s tablets, the experience revolves around Amazon’s media. If you’re an Amazon Prime customer, or just a fanatic for Kindle books, Amazon Instant Video and Amazon mp3, the whole ecosystem will be a multimedia wonderland for you. Amazon has also expanded features tested in earlier products, like X-Ray, which lets you dive deeper into movies you watch by showing you information such as actor bios and trivia. The feature now works for music too, and you can use it to follow along to the lyrics (or sing along) as a song plays.

The new Kindle Fires are also awesome if you have kids. A feature called Kindle FreeTime lets you create a personalized experience for each of your children based on the content you’ve purchased. You’re also able to use this to limit the amount of time your children spend watching videos in a day. It offers a level of customization and parental control not found in many – if any – other major tablets today.

The Paperwhite is the best e-reader on the market today, and offers great value. It’s “just” an e-reader, which means you can’t use it to watch movies or play (real) games, or listen to music. The Paperwhite is a device dedicated to reading and it is priced accordingly. Paperwhites start at $119 with Special Offers (or $139 without).

The battery life in these things is killer – it’s measured in weeks, not hours – and each generation sees an improvement in screen quality, clarity and glare reduction. You can use the Paperwhite anywhere you go. Its processor is 25 percent faster than the Kindle it replaced and it features better touch technology that makes it respond more accurately than any other e-reader on the market. It even has a “next-gen, built-in light” that lets you read without eyestrain, even in the dark.

The Paperwhite has awesome features built in that make reading a great experience. Kindle Page Flip lets you skim through your books by page, chapter or all the way to the end, without losing where you’re at. It features Smart Lookup, which integrates a full dictionary with X-Ray and Wikipedia. It also has a built in vocabulary builder, so any time you look up what a word means on your Kindle, that word is added to an easy-to-access list, where you can quiz yourself with flashcards. And, like the Kindle Fire, it has Kindle FreeTime, which is aimed at young readers and tracks their progress and awards achievements as they reach their goals. Awesome.

When it comes to the iPad mini, the real drawback is cost. It’s more expensive than the original model – the base model costs $399, $70 more than the first-gen iPad mini’s original price point – and hundreds of dollars more than the two Kindles on this list. (By the way, the original iPad mini is still around, and now starts at $299. But if you’re looking for a top-tier tablet, and one to compete with the new Kindle Fires, you’ve got to go with the latest and greatest mini.) But if you’re willing to saddle up and pay the hefty sticker price, you’ll get access to the best App Store in the world.

The Kindle Fire packs a lot of value, but it doesn’t come with the App Store … or even Google Play. It’s getting better every day, but Amazon has a way to go.

The Kindle Paperwhite isn’t a tablet, but that’s not why you’re buying it. A Paperwhite will never replace a Kindle Fire or iPad mini, but it’s not supposed to. If you have a big phone (Galaxy S4 or HTC One, etc.) you may not need a tablet, but an eReader may make you very happy. Especially if you like to read in direct sunlight – eReaders are perfect when you have lots of natural light. I can think of several reasons to own a dedicated eReader, including that fact that I’m willing to throw them in my briefcase or backpack and not care too much about what happens to them.

Which is Right For You?

If You Own an iPhone: You’ve entrenched yourself in the world of iOS and nothing but an iPad mini will do. Buying a Kindle Fire means starting from scratch when it comes to apps, which isn’t something anyone wants to go through. The iPad mini is still a fashion accessory, and if you’re toting around an iPhone loaded with apps and content, you’ll want the mini to match.

If You Own an Android or Windows Phone: Either will suit you just fine. But by using either of these devices, you’re asserting that you’ve broken free of the iOS atmosphere and want something a little more customizable, and a little more tech-y. The Kindle Fire is probably the better choice for you. Plus, you’ll save money!

If You Plan to Use it Primarily for Games: No question: go with the iPad mini. The best mobile games are always on iOS and maybe… possibly… eventually make their way to other platforms. Not even Android can compare in this field, let alone Fire OS.

If You Just Want to Read: Paperwhite! That’s the ticket. You’ll save hundreds of dollars and have the best reader of all three.