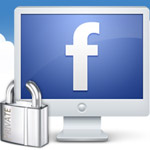 Hackers have stolen usernames and passwords for nearly two million accounts at Facebook, Google, Twitter, Yahoo and others, according to a report released this week. The massive data breach was a result of keylogging software maliciously installed on an untold number of computers around the world, researchers at cybersecurity firm Trustwave said. The virus was capturing log-in credentials for key websites over the past month and sending those usernames and passwords to a server controlled by the hackers. On Nov. 24, Trustwave researchers tracked that server, located in the Netherlands. They discovered compromised credentials for more than 93,000 websites, including: 318,000 Facebook accounts, 70,000 Gmail, Google+ and YouTube accounts, 60,000 Yahoo accounts and 22,000 Twitter accounts.