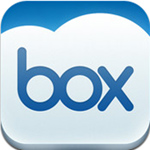 Box has released an update to its iOS apps that now features a sleeker and faster experience, new preview file capabilities, full text search functionality, and more. To mark the occasion, the company is giving away 50GB of free storage to users that download the new app within the next 30 days. Calling it a “critical foundation” for the its mobile platforms, Box’s Vice President of Mobile Products David Still said that the redesign will improve content discovery, viewing, and collaboration across teams. Included in the “all new” Box for iOS app is new functionality for previewing files. The company has added in its preview capability that it revealed during its Boxworks conference last September. Both its Android and Windows Phone counterparts have since integrated with this feature. With it, Box for iOS apps can now support more than 100 file types, thereby displaying high-fidelity renderings of Microsoft Office and PDF documents, photos, videos, and more.

PreviousBing is Only Used By Half of Windows Phone Owners NextLearning from Cyber Monday 2013: Mobile Marketing is Here to Stay