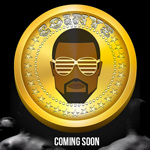 When Kanye West wrote the lyric, “I’m chilling, trying to stack these millions,” he probably did not mean digital currency. But a new technology might give him pause, or at least have him scratching his head. In a sign that the frenzy over Bitcoin may have reached a new level of ridiculousness, there is now another phenomenon inspired by it: Coinye West, named after the American hip hop artist Kanye West. Bitcoin is a new online technology designed as a currency to enable anonymous transactions over the Internet with little or no fees. Bitcoin mining involves pooling together the resources of computers over a network to solve mathematical problems that, theoretically, generate bitcoins as a reward. The software supporting the system is open source, so it has already spawned a number of alternative forms of the technology, such as Ripple, Litecoin and Colored Coins.