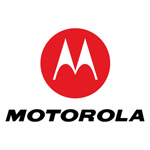 Google is selling its Motorola Mobility smartphone unit to Lenovo for about $2.91 billion, the companies announced on Wednesday. Google’s Mobility unit includes handset technology that the search giant acquired when it bought Motorola Mobility for $12.5 billion in 2011. That acquisition was Google’s largest by far, and the biggest bet that Larry Page, its co-founder, has made since returning as chief executive in 2011. Google wanted Motorola’s patents and a cellphone maker to help its mobile business, and named Dennis Woodside, a former Google operations executive, as C.E.O. Selling a major portion of the business would be a concession of defeat for Google and particularly for Mr. Page. Motorola has continued to bleed money, aggravating shareholders and stock analysts, and its new flagship phone, the Moto X, did not sell as well as expected. However, this is the second divesture Google has made from the assets it acquired after buying Motorola Mobility, which was its largest ever acquisition.