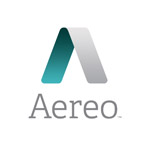 The U.S. Supreme Court on Friday announced that it will hear a closely-watched dispute between Aereo, a start-up that streams over-the-air TV for $8/month, and major broadcasters — including NBC, CBS, ABC and Fox — that say the service should be shut down for copyright infringement. The news, noted on ScotusBlog, means the court will hear the case sometime in the coming months and issue a decision before early summer. The case is important because Aereo, which is now live in New York and about a dozen other cities, poses the most serious threat in decades to the “bundle” model of TV where distributors require consumers large packages of channels even if they only watch a handful of them. Aereo’s CEO Chet Kanojia hailed the Court’s decision to take the case in a statement: “We said from the beginning that it was our hope that this case would be decided on the merits and not through a wasteful war of attrition.”