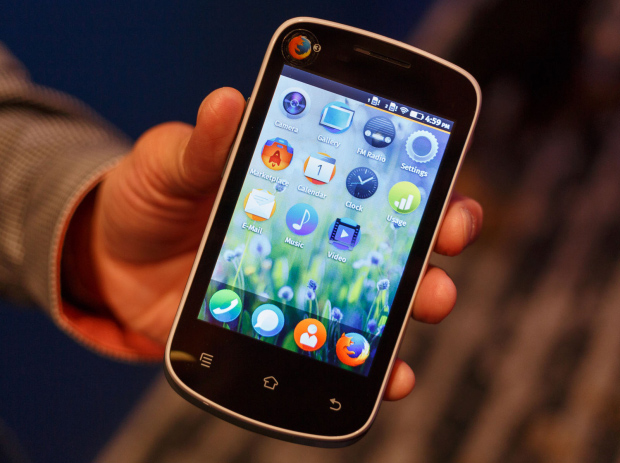 An iPhone fanboy will sneer at it. A long-term Android user will have unpleasant flashbacks to the early versions of Google’s operating system. But Mozilla’s $25 Firefox OS smartphone is real. I toyed with a prototype Sunday at its debut at Mobile World Congress here, and I have to say, I’m impressed — given the price. It’s missing things like WhatsApp, its screen is small and coarse, and it’s slower to scroll and launch apps than the state-of-the-art phones from the last decade. It’s not something a rich kid from New Jersey or a businessman from Tokyo would be caught dead with. That’s not the target market. As any number of bruised companies can attest, taking on Android and iOS head on is difficult, but Firefox OS today is geared for a much more cost-sensitive market. Mozilla, reasonably, tells those who would judge this Firefox OS model that they should compare it to a bargain-bin feature phone with a few built-in apps and a low-end camera.