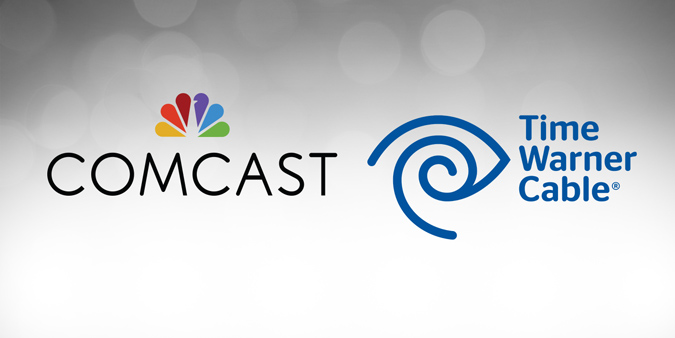 In 2009, Blair Levin was hired by the FCC to help the agency craft a national broadband plan. Way back then, it was clear that FCC chairman Julius Genachowski intended to reclaim a significant amount of television spectrum and repurpose it for broadband.

This week, the worst-kept secret in the telecommunications business became public knowledge. Comcast has made a bid to acquire Time Warner Cable in an all-stock deal worth approximately US$45.2 billion. An official statement from both organizations opines that this deal will “create a leading technology and innovation company, differentiated by its ability to deliver ground-breaking products on a superior network while leveraging a national platform to create operating efficiencies and economies of scale.”

Meanwhile, Down on the Beltway…

The specter of the new regulation has slammed the brakes on local TV M&A, and has done a pretty good job of decimating shareholder value in local station groups of late. But sad and unfortunate as this is, it may be only a symptom of the aging 20th century business model.

In the 21st century, as evidenced by the aforementioned CEA study (and countless others), there is little or no need for this 20th century technology to be chewing up valuable broadband spectrum—or so the story goes.

What Does the Future Hold?

The tea leaves at the bottom of my vintage “Tonight Show with Johnny Carson” mug tell me, as resident tasseographer, that the FCC wants its spectrum back—oh, wait, the FCC told me that.

OK, let me pour out some more tea… ah… here we go. The FCC and other federal agencies will let Comcast–Time Warner breeze through any antitrust issues with minor divestiture of assets. The first truly national cable television provider will be born and the tea leaves prophesy that it will grow to be bigger and way worse for consumers and competition than the Sprint–T-mobile merger could ever have been. This new, more powerful, national cabler will hammer a new nail deeply into the coffin of local television station owners.

The FCC’s thirst for bandwidth is going to hurt local TV so much that selling back spectrum is going to look better than selling stations and way, way better than peddling airtime. This will be a metaphoric 2.5 to 3.0 seismic event (not an actual earthquake), but the future is clear. America is well on its way to becoming a better broadband country (it will never be the best broadband country in the world). As for broadcast… I wonder: Is it too late to purchase long-term care insurance?

PreviousPlayStation 4 Outsold the Xbox One in January, But Game Sales Unclear NextMarty McFly's 'Power Laces' from Back to the Future are Coming in 2015, Says Nike