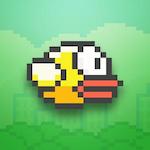 The creator of Flappy Bird has removed the popular game from both the Apple App Store and Google Play. Users who have already installed the game will be able to keep playing it, but it is not possible for new users to download the game, which was at the top of the free-apps chart for both Apple iOS and Android devices before being removed. Dong Nguyen, the game’s developer, on Saturday tweeted that he would remove Flappy Bird from the app stores, just a few days after telling the Verge that Flappy Bird was making about $50,000 a day on average from advertisements. “I just cannot keep it anymore,” Nguyen said in one of his tweets. Nguyen said he has not sold the game nor did he remove it for legal reasons. It is unclear why he decided to take it down. But the independent developer said he will continue to make more games.