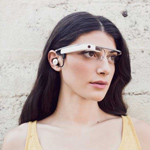 Google is lobbying officials in at least three U.S. states to stop proposed restrictions on driving with headsets such as Google Glass, marking some of the first clashes over the nascent wearable technology. Some eight U.S. states are considering regulation of Google Glass, a tiny computer screen mounted in the corner of an eyeglass frame. Law enforcement and other groups are concerned that drivers wearing the devices will pay more attention to their email than the road, causing serious accidents. So-called wearables such as Google Glass, smart watches and sophisticated health devices may represent the next big shift in technology, just as smartphones evolved from personal computers, and enthusiasts predict billion-dollar markets. Google, which is still testing Glass, charges $1,500 per pair.