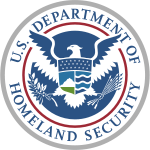 The Department of Homeland Security wants a private company to provide a national license-plate tracking system that would give the agency access to vast amounts of information from commercial and law enforcement tag readers, according to a government proposal that does not specify what privacy safeguards would be put in place. The national license-plate recognition database, which would draw data from readers that scan the tags of every vehicle crossing their paths, would help catch fugitive illegal immigrants, according to a DHS solicitation. But the database could easily contain more than 1 billion records and could be shared with other law enforcement agencies, raising concerns that the movements of ordinary citizens who are under no criminal suspicion could be scrutinized.