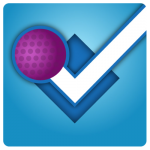 Foursquare is getting some help from Microsoft as it seeks to turn its location-based mobile app into a sustainable business. Microsoft has invested $15 million and agreed to a strategic partnership with the New York-based startup, Chief Executive Dennis Crowley said in an interview. The investment will be added to the $35 million investment round Foursquare announced last December and which valued the company at about $650 million. In addition to an equity investment, Microsoft has signed a multi-year contract to license Foursquare data in services such as its mobile operating system and Bing search engine. With that deal, Microsoft becomes Foursquare’s single biggest data licensee, though Crowley declined to specify how much the contract is worth. Foursquare has collected a trove of data about more than 60 million restaurants, shops and other points of interest within cities.