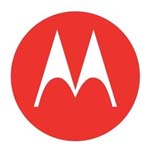 Motorola didn’t show off any new devices, but it did have a lot to say about its plans for the future at Mobile World Congress in Barcelona this week. Moto Maker, which until now has been available exclusively to U.S. customers, will open shop in Western Europe and Mexico next quarter, according to Rick Osterloh, senior vice president of product at Motorola Mobility. Moto Maker allows you to customize the company’s Moto X smartphone in hundreds of combinations, using different colors and finishes, including new wooden backs. Osterloh also revealed the company is working on a smartwatch. According to a Q&A on Twitter he said on Tuesday: “We are working on a watch that will be available this year. We aim to address consumer issues like style & battery life.” He also said the watch will be announced in a few months.