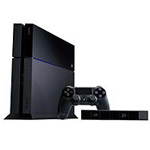 Sony and Microsoft are both trumpeting market share wins from NPD’s January US gaming data. Sony declared its PlayStation 4 the top-selling console last month, while Microsoft took credit for selling the most games. Sony’s success with the PS4 has managed to dethrone the Xbox 360, which was NPD’s highest-selling console for years. The company claims its latest console outsold the Xbox One by two-to-one. Microsoft noted in a blog post that the Xbox One has sold 2.29 times faster than the Xbox 360 during its first three months in the market. NPD estimates that consumers bought a total of 2.27 million games for both Xbox One and Xbox 360 in January for a 47 percent market share. However, Microsoft’s declaration of victory has been called into question, as a Sony spokesperson told Venturebeat that the PS4 also won on game sales. That’s despite Microsoft’s own headline: “Xbox One Leads US Game Sales in January.”