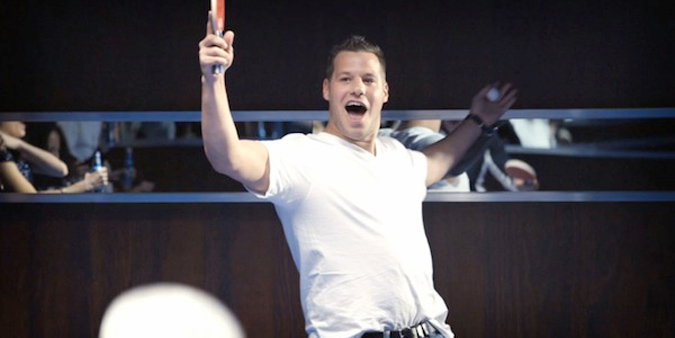 Ian Rappaport had no clue how his night would turn out. All he knew: just say “Yes.”

Once Ian agreed to accept a bottle of Bud Light and walk out of the bar, his  life changed forever.

That’s the set-up to what many consider the greatest Super Bowl ad of the year. If you have not seen the commercial, do yourself a favor and watch it right now. Then we’ll huddle up and break down why Ian’s decision should have a huge impact on our own lives.

What if Ian Rappaport had said “No” to that fateful Bud Light?

No “greatest night” of Ian’s life.

When you say “Yes,” you kick the door wide open and create opportunity. Whether it’s a part-time gig because you need the cash or a challenging, unfamiliar task at your full-time job, “Yes” must be your automatic reply. Here are nine reasons why saying “Yes!” could change your career forever.

1. You have nothing to lose and everything to gain

Oh, you have something better to do than agree to a new situation that could take you places you never imagined? Ian Rappaport said “Yes” to one measly beer and found himself at the center of the biggest night in American television. Ya just never know.

2. You have nothing to lose and everything to gain

Yea, I know I just said this, but it’s so important I’m saying it twice. Our twenties are for taking chances, getting knocked around and finding our path (see: 20 Things I Miss About My Twenties). The more you say “Yes,” the sooner you’ll get where you’re going.

Note: you are allowed to say “No” if what’s being asked is abusive or outrageous. I don’t mean we should sacrifice our dignity. Thanks. Moving on.

Quick personal story. I landed my first full-time job — as a TV news reporter — by saying “Yes” even when I didn’t have the experience to make that claim. At an informational interview, the news director said, out of the blue, “We’re missing a reporter today and need to cover a story at the naval base. Could you do it?”

I was one week out of journalism school. Never actually reported the news for a local station. Somehow, I managed to reply: “Yes.”

Within minutes, I was out the door with a cameraman, did the story, brought the video back to the station and showed it to the news director. He liked what he saw and THAT NIGHT it was on the air. Totally crazy day.

A week later, I was hired full time.

I went in that morning for an INFORMATIONAL interview, not even an ACTUAL one. Yet when the moment of truth arrived, I summoned the courage to say “Yes.” Fake it ’til you make it.

Bonus: Watch one of my stories for the news station. I went by “Dan” then. It’s a long story…

As point #3 illustrates, management wants people who are hungry, motivated and willing to learn on the fly. Nowadays, there’s no time to tread cautiously, wait for just the right moment and then act. When opportunity comes your way, grab hold like you’re atop a bucking bronco and never, ever let go.

5. One good decision usually leads to another

Say “Yes” and you suddenly climb aboard the Smart Person Express. Destination: probably somewhere you’ll be glad you ended up. Say “No” and sit on the curb… doing nothing… going nowhere.

Extra reading: Nine profound reasons why you should say “yes” to starting a blog

6. You’ll never learn anything new if you say “No”

One of the 24 Things All Millennials Need to Realize About the Real World (#17). How can you expect to grow if you don’t take chances?

7. Because life comes fast, and you need to be #upforwhatever

Bud Light’s new slogan #upforwhatever is spot on. If you’re willing to say “Yes” to a professional opportunity, you leave a world of possibility on the table. And being #upforwhatever is frankly all you can ask of yourself.

Don’t question how a fortunate situation fell into your lap. Just roll with it. See where it takes you. Sorry, I’m gonna say it a third time: what do you have to lose?

9. You have absolutely no idea what could come next

One minute you’re sitting alone at a bar and the next you’re partying on stage with OneRepublic and Arnold Schwarzenegger. That’s life. It’s crazy and unpredictable.

So the next time you need to choose “Yes” or “No,” the answer is obvious.

But first… don’t forget to finish your beer.