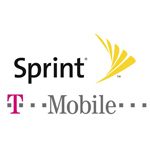 Sprint may be second-guessing its push to acquire T-Mobile after encountering stiff resistance from regulators. That’s according to The Wall Street Journal, which reported that Sprint officials were regrouping after recently meeting with the Justice Department and Federal Communications Commission in Washington, DC. Sprint Chairman Masayoshi Son and CEO Dan Hesse had hoped to win over regulators and at least get a fair shake at the regulatory approval for the deal, but antitrust officials expressed strong sentiments against it, the WSJ reported, citing unnamed sources. Sprint declined to comment. Sprint and T-Mobile have both argued that a merger would create a larger No. 3 carrier that could more effectively compete against AT&T and Verizon Wireless. But regulators have been on keen on keeping four national carriers in the field.

Read the full story at CNET, or read the original report at The Wall Street Journal (paywall).

PreviousThe Beatles Get an Apple TV Channel Dedicated to Their Music NextReport: Microsoft is Building an 'Xbox Reader' App for Windows 8