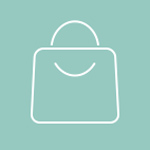 Square, the mobile payments startup, is testing a new app called “Square Pickup.” It’s a simple app that lets you order food from a Square merchant ahead of time. The app is currently in testing with several San Francisco restaurants. Appropriately, we noticed the app when we were “picking up” lunch on Tueseday. Instead of calling a restaurant to place a pickup order, users can just make the purchase with the Square Pickup App. The app is loaded with the restaurant’s menu. Just choose what you want, pay with Square, and then pick up your food when it’s ready. The app is currently in beta testing for both iOS and Android. The premise of this app is very similar to a startup called OrderAhead that lets you order food to pick up later via an app. GrubHub / Seamless, a company that recently filed paperwork to go public, also allow you to order food online to pick up later.

Read the full story at Priceonomics.