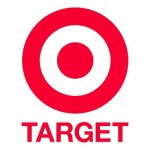 Banks and credit unions have spent more than $200 million replacing cards affected by the data breach at Target late last year, according to data from top trade groups. The Consumer Bankers Association found that its member banks have spent $172 million responding to the hack. Credit unions have paid $30.6 million, according to the Credit Union National Association. “Financial institutions of all sizes have been aggressive in ensuring their customers are protected in response to the Target data breach,” Richard Hunt, the head of the bankers’ group, said in a statement on Tuesday. “Consumers should rest assured, our members are taking every step to minimize the impact of this massive breach.” The estimated costs do not include fraudulent charges, for which consumers are refunded. Information about 40 million shoppers’ debit or credit cards was potentially exposed in the hack during the holiday shopping season.

Read the full story at The Hill.