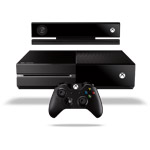 Next month, an update will bring the popular Twitch video game broadcasting service to the Xbox One in a way that home consoles have never seen before. It will launch on March 11, just in time for Titanfall. According to AP, the update will allow Xbox One the ability to live stream games via Twitch as well as start live broadcasts through voice commands. What’s more, the Xbox One app will feature Twitch’s chat features and allow user to broadcast via Kinect. “It’s complete integration,” Emmett Shear, co-founder and CEO of Twitch, is quoted as saying. “It’s exciting because we’ve never had the ability to broadcast from a console like this with such a deep level of integration. The concept of being able to join a broadcasters’ party is really cool, and it’s another step in the direction of interacting more closely with broadcasters.”

PreviousSamsung's Galaxy S5 vs. the Android Field: How it Stacks Up NextApple Has Patched the Latest OS X Security Flaw: Update Your Mac Now