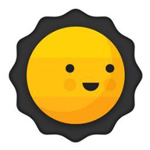 Yahoo has acquired Wander, a startup backed by TechStars New York that is best known for Days, a diary-like blogging app. This news, which Wander announced on its blog, comes less then a year after Days launched. The Days app “will live on as a standalone entity,” according to the announcement. That said, our sources tell us this deal was intended as a talent hire and that Yahoo has little interest in the app itself. This is unsurprising, as a majority of Yahoo’s recent acquisitions have been driven by the need for fresh engineers — not niche apps. Days, released in May 2013, was a pivot from Wander’s original goal: a location-focused blogging service. Days stood out on launch due to an interesting restriction: The app only allowed users to post an entire day’s worth of photos, once a day. Since then, however, Wander didn’t get as much traction for the app as it had hoped for.

Read the full story at VentureBeat.

PreviousShelly Palmer Talks About Mobile Security On The Go on Good Day Wake Up NextReport: Apple's iPhone 6 Won't Have a Sapphire Glass Display (But the iWatch Will)