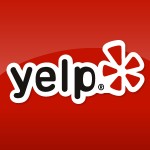 Yahoo plans to tap listings and reviews from Yelp as part of an effort to improve local search results. According to numerous sources inside the company, CEO Marissa Mayer confirmed the deal to employees at its weekly all-hands meeting on Friday. She told the group that Yahoo had closed a deep content licensing deal with the San Francisco recommendations site, similar to ones it has previously struck with Apple and Microsoft. Yahoo product exec Anand Chandrasekaran, who was a key player in the Yelp partnership, took to the stage to show how integration would look, a partnership that he said would be announced soon. The tie-up was also reported earlier on Saturday by the Wall Street Journal. Mayer has long been interested in Yelp, including trying to convince Google to buy it when she was an exec there. The acquisition never happened for a number of reasons, although it got very close. But Mayer has clearly never lost her interest in the company.