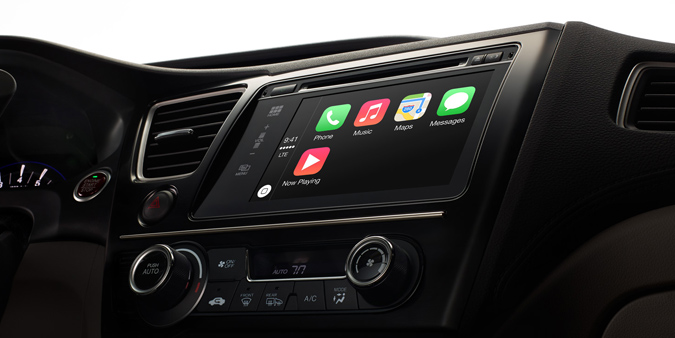 According to the Radio Advertising Bureau, radio advertising in the United States topped $16 billion in 2012. While it was much bigger before the expansion of cable television and the advent of digital, it’s still a thriving, profitable business. That said, the success of radio in the US is (and always has been) inextricably linked to the automotive industry. If radios were not in cars, the radio business would be a small fraction of its current size, were it to exist at all. This is interesting because the automotive industry does not profit from the radio business in any way. How would you feel if your business drove a $16 billion business and you didn’t make a dime from it?

The mission is clear: figure out how to get drivers to login to their cars.

This is harder to do than it sounds. After all, you already have a powerful cloud-connected computer in your pocket. Why do you need to login to the car? Detroit’s strategy is to offer drivers an integrated, enhanced experience so compelling that logging into the car becomes a requirement. Connected drivers give carmakers the opportunity to interact with drivers in many ways, such as the following:

What if my car (a computer with wheels) were as easy to operate as an iPhone or a Mac?

As you probably know, iOS 7 is the latest version of Apple’s mobile operating system (the software that makes an iPhone work). CarPlay is iOS 7 on your dashboard. Apple says it designed CarPlay from the ground up to “provide drivers with an incredible experience using their iPhone in the car.”

As you also probably know, Apple spends as much time searching the thesaurus for superlatives to describe its products as it does making them, so discount “incredible experience” appropriately. 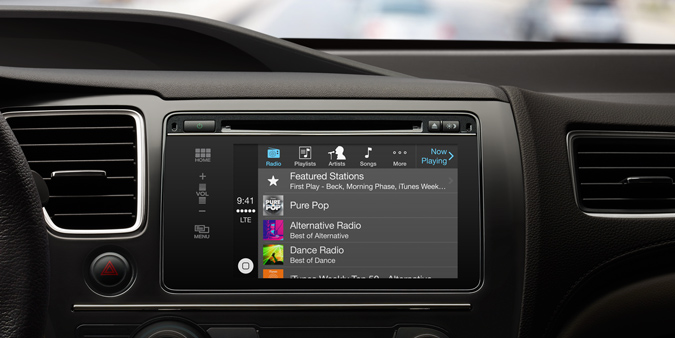 According to Apple, you’ll be able to control CarPlay in a few ways. Compatible vehicles will have a dedicated voice-control button on the steering wheel. Apple says that “if it controls your screen, it controls CarPlay,” meaning you’ll be able to use the physical knobs and dials (as well as touch and voice) to interact with your iPhone.

The whole system is built around Siri. Through voice commands and prompts, CarPlay offers an “eyes-free” experience that lets you answer calls, send text messages and access your music library. (That includes iTunes Radio as well as Spotify, Beats Radio, iHeartRadio and Stitcher.) CarPlay also supposedly knows where you want to go, based on addresses found in your email, texts, contacts and calendars—a little creepy, but cool. Welcome to the future! 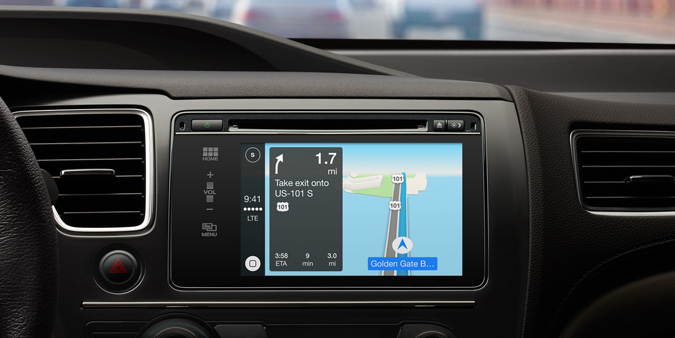 CarPlay prominently features Apple’s Maps app, which got off to a very rocky start but has since improved. Use of Apple Maps has skyrocketed in recent months, which helps create a better map experience for everyone using it. But, to be frank, Apple Maps are not Google Maps. While this won’t matter in densely populated, well-trafficked areas, it is sure to yield interesting results in others.

The first cars to support CarPlay come from Ferrari, Mercedes-Benz and Volvo, and were all shown off at last week’s Geneva Motor Show. Other companies, including Nissan, BMW and General Motors, are promising to integrate CarPlay into future vehicles. The rumor mill says that Ford is interested in adding CarPlay into its vehicles, too, even after recent reports suggested it was dropping Microsoft’s Sync systems in favor of BlackBerry. 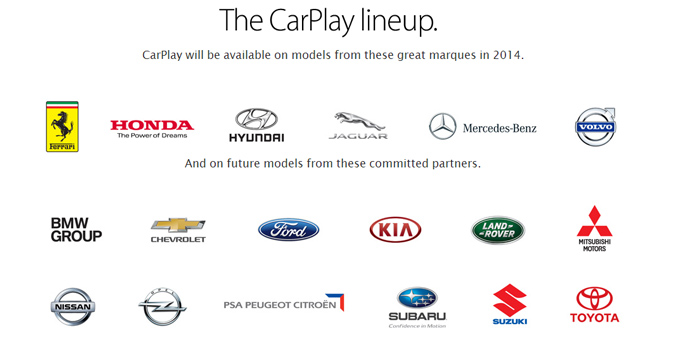 When Can I Use It?

CarPlay isn’t available yet, but will roll out as part of an iOS 7 update. Only the most recent iPhones—the 5, 5S and 5C—will be compatible with the system at first. There’s no launch date other than 2014.

Apple is not the first to unveil an in-car system, and it won’t be the last. Google and Audi are working on an Android system for the car, which Mercedes-Benz may accidentally have leaked recently.

To quote Yoda from Car Wars II: Attack of the Phones, “Begun, the Phone War has.” This is really going to be fun! 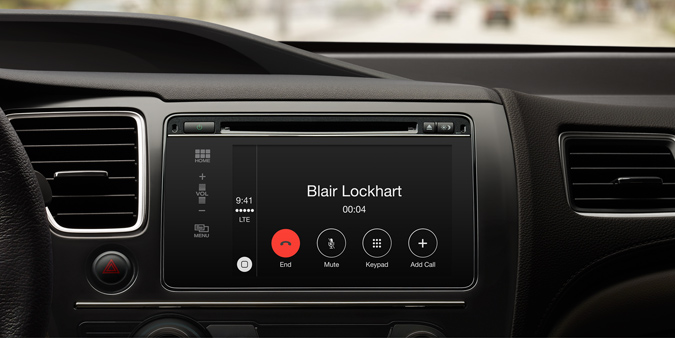