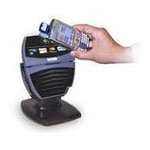 Best Buy and 7-Eleven have started shutting down near-field communications (NFC) capabilities in their stores’ point-of-sale terminals, making it even harder for Isis and Google to get their fledgling smartphone payments services off the ground. According to a report in ComputerWorld, payments technology analysts say Best Buy and 7-Eleven began disabling the NFC readers at their checkout stands simply because of the expense. NFC-powered mobile payments have barely cracked the surface in the U.S. – stymied in part by turf wars between Isis and Google – so big retailers see little reason to support it and other smart card technologies. Also, banks are charging higher transaction fees for smart card and NFC payments, giving retailers even less incentive to get behind smartphone payment services.

Read the full story at Giga OM, and the original report at ComputerWorld.