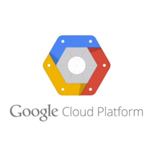 Google is launching a wide range of updates for its Cloud Platform that aim to make it more competitive in a market where Amazon Web Services is still the de facto platform for cloud-based applications. To say that Google is getting aggressive is likely an understatement. The company on Tuesday announced huge price cuts across virtually all of its services that generally undercut its competitors. For example, the cost of Compute Engine dropped 32 percent across all sizes, regions, and classes. Cloud Storage prices are down 68 percent and Google BigQuery on-demand prices are down 85 percent. Google argues that prices haven’t followed Moore’s law, even as hardware costs have dropped rapidly over the last few years. Going forward, Google expects prices to follow this model, too. Until now, it’s worth noting, Google has been one of the more conservative cloud vendors with regard to price drops.