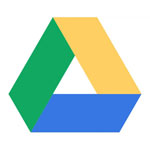 With literally millions of phishing scams crossing the wires each day, media reports about individual ones are the quintessential dog-bites-man stories that are rarely worth the time of writer or reader alike. Every now and then, though, one comes along that’s clever enough to make it rise to the top of the massive steaming pile of messages. To wit: one recently caught by researchers from Symantec. The phishing attempt shows up as an e-mail with the subject “Documents” and advises the recipient to view important files stored on Google Docs. It includes a link in the body. So far pretty banal stuff. But it gets better. As Symantec researcher Nick Johnson writes: “The fake page is actually hosted on Google’s servers and is served over SSL, making the page even more convincing. The scammers have simply created a folder inside a Google Drive account, marked it as public, uploaded a file there, and then used Google Drive’s preview feature to get a publicly accessible URL to include in their messages.”