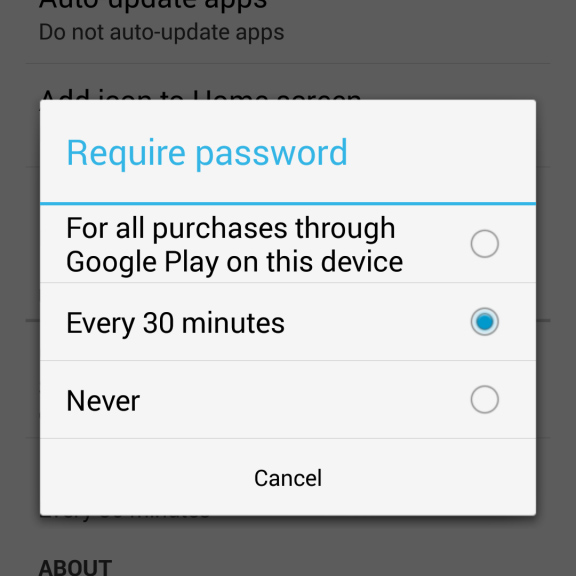 Google has just started rolling out an update to the Play Store app on Android that, among other things, now offers more fine-grained control when making purchases. This change could very well be related to the class action suit that the company is now facing. Early this week, Google was hit with a class action suit over how lax its policy was for in-app purchases, which can end up costing users hundreds of dollars. In the current setup, Users will be asked for a password when making a purchase but subsequent purchases within a 30 minute timeframe will no longer require a password. This is a rather dangerous configuration, especially when children and games with in-app purchases are involved, a lesson that Apple learned the hard way as well.