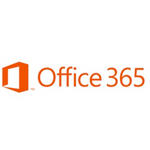 Microsoft on Thursday announced Office 365 Personal, a new subscription offering for the company’s productivity suite in the cloud. Designed for the individual, it is limited to just one PC or Mac, plus one tablet, and will be available this spring for $69.99 per year or $6.99 per month. At the same time, Microsoft has also revealed plans to rename its Office 365 Home Premium subscription, which is aimed at households. It will continue to be available exactly as is, but will be called Office 365 Home once Office 365 Personal arrives in a few months. “We recognize that there are households of all shapes and sizes and we’re committed to delivering the right Office for everyone – whether that be one person or an entire household,” the company says as an explanation for the changes. Both versions include 60 minutes of Skype calling per month, 20 GB of additional OneDrive storage, and as Microsoft likes to emphasize “the most recent version of Office.”