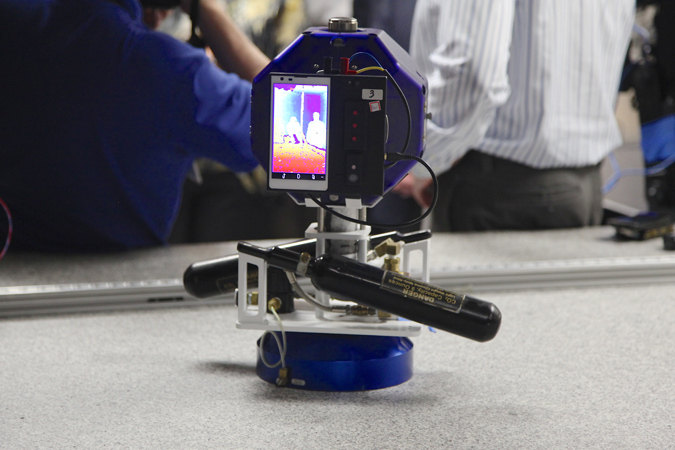 The NASA SPHERES satellite drifts like a puck on an air hockey table, spinning slowly as its canisters release puffs of CO2 to steady its course. A Google Project Tango phone, which acts as the satellite’s eyes and brain, displays a heat map view of its surroundings. Its world is limited: a 6x6x6 foot cube that sits atop an almost perfectly level granite table so large a building in the NASA Ames Research Center campus had to be built around it. At a demonstration for NASA administrator Charles Bolden Tuesday, Smart SPHERES software development lead Zachary Marotto explained that’s because SPHERES used to rely on sound-emitting beacons attached to the walls of the cube to triangulate its location; microphones that pockmark the satellite’s surface would listen to pinpoint its exact positioning. But now the SPHERES’ Nexus S phone brain has been replaced with a Tango, and the walls are coming down.