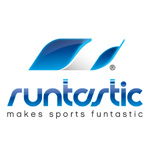 App developer Runtastic has carved a sizable ‘niche’ for itself in the digital fitness realm in recent years, notching up north of seventy million downloads since its foundation in 2009. This figure includes all platforms and its myriad of apps – which covers ones for homebodies and others specifically for those wishing to get a six-pack. But the app with which Runtastic is perhaps best known for is the one called – funnily enough – Runtastic, a GPS fitness tracker that lets you monitor, analyze and record your every movement on the tracks or on the roads. On Thursday, Runtastic for Android and iOS received a massive lick of paint and a bunch of new features, and we took a quick look to see what’s what with the latest incarnations.