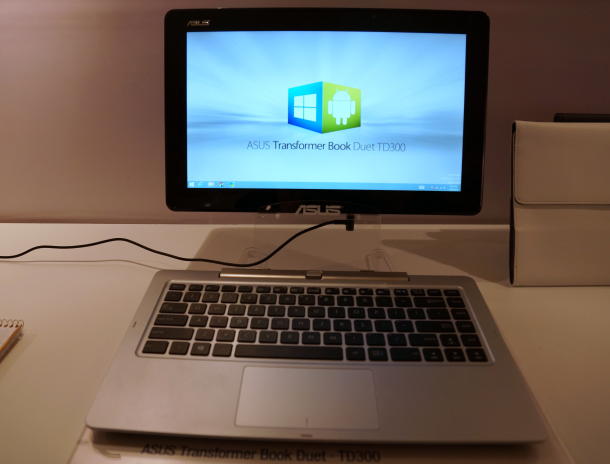 Asus’ dual-boot Transformer Book Duet is dead. At CES this year, one of the big stories was dual-OS devices. Spurred on by encouragement from chipmaker Intel, Asus announced the Transformer Book Duet, a hybrid laptop and tablet that switches between Microsoft Windows and Google’s Android on the fly. The device was an intriguing highlight at a trade show that was generally devoid of interesting laptops and tablets, and was scheduled for release in the US this month. Unfortunately, the device has likely been cancelled due to strong opposition from Microsoft and Google, according to a report from The Wall Street Journal. Even before it was announced, the writing was on the wall for the Transformer Book Duet. “[Google and Microsoft] each have their sensitivities to this,” one source told us in early January.

Read the full story at The Verge and the original report at The Wall Street Journal (paywall).