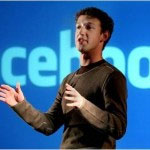 Mark Zuckerberg isn’t the first name that comes to mind as a champion of privacy. But the seemingly endless revelations of NSA surveillance programs has inspired Facebook’s founder to call up no less than President Obama himself to defend his users from government intrusion. On Thursday Zuckerberg posted a statement on Facebook calling on the U.S. government to take more measures to respect users’ privacy and security. “The US government should be the champion for the internet, not a threat,” reads his statement. “I’ve called President Obama to express my frustration over the damage the government is creating for all of our future. Unfortunately, it seems like it will take a very long time for true full reform.” Though Zuckerberg never explicitly names the NSA in his statement, his comments follow news of NSA programs that have potentially allowed spying on Facebook users for years–particularly the majority of those users outside the United States.

Read the full story at Forbes, and read Zuckberg’s statement on Facebook.