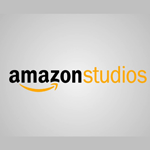 Amazon has lined up two more original shows that could end up as full series with a thumbs-up from viewers. Debuting later this year as part of Amazon Prime Video’s third pilot season are a half-hour dramatic comedy called “The Cosmopolitans” and an hour-long drama named “Hand of God,” the company announced Wednesday. Set to start shooting in Paris this week, “The Cosmopolitans” tells the story of a group of young American expatriates in search of friendship and romance in the famous French capital. Written, directed, and produced by Academy Award nominee Whit Stillman, the show features Adam Brody and Chloe Sevigny among the cast. “Hand of God” stars Ron Perlman as a judge who turns vigilante following a mental breakdown in which he believes God is talking through him through his son.