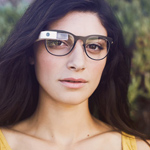 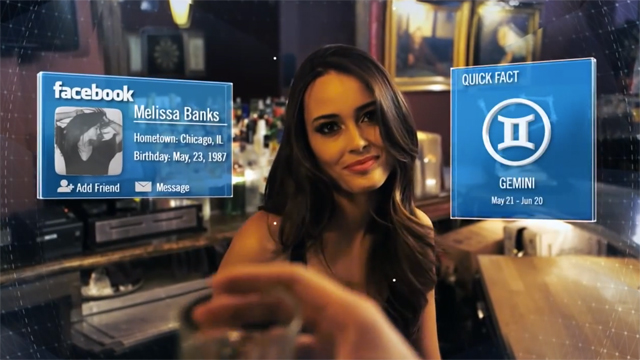 Fast forward to today. The adult entertainment industry has been decimated in much the same way as other media industries: music, movies and books. Inexpensive distribution and a low barrier to entry give everyone the tools to be in creators in the adult biz.

But just around the corner lies the next big thing — augmented reality. And with it, adult entertainment might just get another heyday.

I attended Augmented World Expo in NYC last week, and heard presentations from glasses manufacturers (Google Glass and Vuzix), apps creators (Augmate and Metaio) and even SDK developers (Wikitude). Each lamented the lack of a killer app.

Gentlemen (and the presenters were all gentlemen): look no further than your own fantasy life. AR sex may be the Viagra of the tech/porn industry.

Dan Cui, CEO of Vuzix, suggested the killer app for his company’s new glasses would be in enterprise training and machine operations. Alan Firstenberg, the Google Glass Community leader who presented, stood by the manifesto that Glass is meant to be worn everywhere, 24/7, but glanced at only occasionally (as directed by Google): “That’s why Google wants you to wear Glass above your brow — not over your eye.” Ecstatic developers showcased cubes floating in space, Jimi Hendrix psychedelia emanating from laptops, friendly TSA agents doing backgrounds on passengers. All the while, all I could think of was, “What about that killer app”?

Think about Facebook’s $2 billion purchase of Oculus Rift –- an augmented reality experience that never even made it to market — and your imagination really goes wild. Facebook may soon be experimenting with how friends use AR together, and we can only imagine that it will go beyond playing Farmville.

In Her, the Warner Brothers movie where Joaquin Phoenix romantically engages with his Scarlett Johannson-operated operating system offers the comedic potential, man relies on technology for a most intimate relationship. Just think what can happen when we abandon our libidos to eyewear!

Robin Raskin is a reformed journalist and founder of Living in Digital Times (LIDT), a team of technophiles who bring together top experts and the latest innovations that intersect lifestyle and technology. LIDT produces conferences and expos at CES and throughout the year focusing on how technology enhances every aspect of our lives through the eyes of today’s digital consumer. An author, editor, magazine publisher, blogger, TV and radio personality, Raskin has spent the past 30 years exploring what it means to be living in digital times. She lives in NYC and the Hudson Valley, with her husband, her three drop in now and then children, and closets full of obsolete technology.

PreviousMLB.tv is Having Issues in 2014: Here's a Workaround NextShelly Palmer Radio Report - April 4, 2014