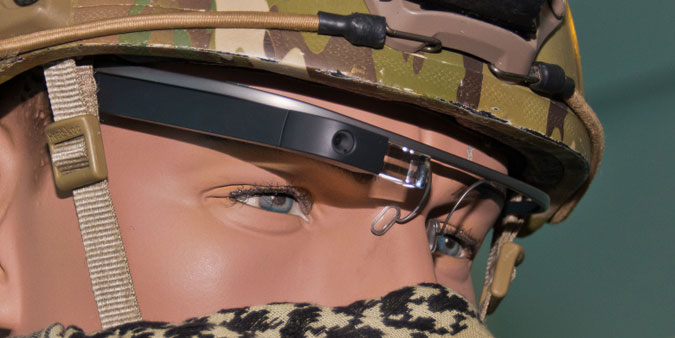 The U.S. Air Force’s “BATMAN” research team at Wright Patterson Air Force Base in Ohio is beta-testing Google Glass for possible use on the battlefield. And so far, it likes what it sees. The positive attributes “are its low power, its low footprint, it sits totally above the eyes, and doesn’t block images or hinder vision,” said 2nd Lt. Anthony Eastin, a behavioral scientist on the BATMAN team testing the glasses. The BATMAN evaluation group is part of the U.S. Air Force’s 711th Human Performance Wing and is one of the military’s most distinguished research and development groups. It comprises both military and civilian behavioral and technology scientists. The BATMAN acronym stands for Battlefield Air Targeting Man-Aided (K)nowledge. “We borrowed the “N,” Eastin said.

PreviousMailbox for Android, Carousel and More: Everything Dropbox Announced on Wednesday NextT-Mobile Teases More is Coming with 'Uncarrier 5.0'