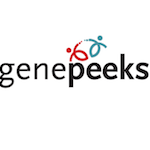 Will my baby be healthy? It’s a question that concerns every prospective parent. Now a service that creates digital embryos by virtually mixing two people’s DNA will give a clearer glimpse of their possible child’s health, and perhaps much more – before it has been conceived. The Matchright technology will be available in two US fertility clinics later this month, allowing people to screen out sperm donors who, when their genes are combined with those of the intended mother, could increase the risk of a child inheriting genetic diseases. The company that markets the technology, GenePeeks, hopes to expand worldwide. But the technology’s patent also includes a list of traits that aren’t necessarily related to health – such as eye and skin pigmentation, height and waist size – raising concerns that it could be used to select embryos on the basis of more superficial characteristics.