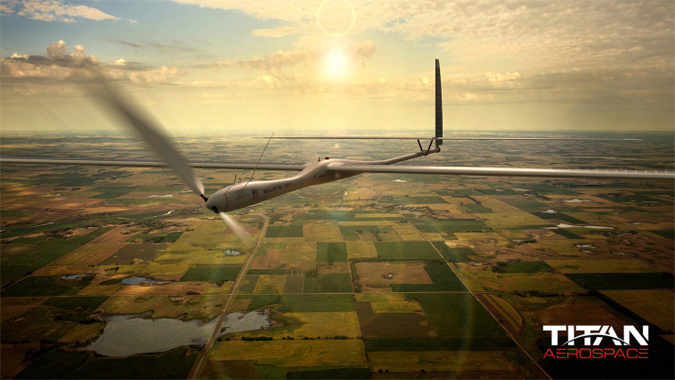 Google has acquired Titan Aerospace, the drone startup that makes high-flying robots which was previously scoped by Facebook as a potential acquisition target (as first reported by TechCrunch), the WSJ reports. The details of the purchase weren’t disclosed, but the deal comes after Facebook disclosed its own purchase of a Titan Aerospace competitor in U.K.-based Ascenta for its globe-spanning Internet plans. Both Ascenta and Titan Aerospace are in the business of high altitude drones, which cruise nearer the edge of the earth’s atmosphere and provide tech that could be integral to blanketing the globe in cheap, omnipresent Internet connectivity to help bring remote areas online. According to the WSJ, Google will be using Titan Aerospace’s expertise and tech to contribute to Project Loon, the balloon-based remote Internet delivery project it’s currently working on along these lines.

Read the full story at TechCrunch and the original report at The Wall Street Journal (paywall).

PreviousFord Mustang is Celebrating its 50th Birthday With Events in NYC, Charlotte and Las Vegas NextExercise Your Brain by Playing Video Games