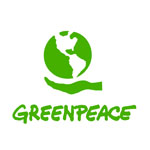 As technology titans such as Apple, Google, and Facebook battle for the title of greenest data maker, one of the Internet’s key players, Amazon, is ignoring the cause altogether and falling dangerously behind its peers, according to a new Greenpeace report. Founded in 1972, Greenpeace is a not-for-profit, non-governmental environmental organization. Historically, the organization has campaigned against the worst climate offenders. In recent years, Greenpeace has turned its attention to making the Internet a greener place, where infrastructure is powered by renewable energy sources. The organization’s new report, “Clicking Clean: How Companies are Creating the Green Internet,” identifies Amazon, which runs Amazon Web Services (AWS) and plays host to a significant portion of the Internet, as one of the most egregious companies when it comes to using what the organization labels “dirty” energy.

Read the full story at CNET, and the finding at Greenpeace.