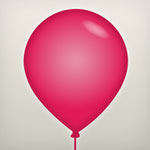 Ride-sharing service Lyft has $250 million in the bank in new funding. It’s not going to let the money just sit there. On Thursday, it is launching in 24 more American cities, including Albuquerque, N.M.; Buffalo, N.Y.; and Oklahoma City, Okla. It is making all rides free in all 24 cities for the next two weeks. That brings Lyft to 60 total cities launched, all in the U.S. Plus: On top of system-wide price cuts of up to 20 percent earlier this month, Lyft is chopping off an additional 10 percent in all its existing markets. Plus: Lyft is passing those full fares onto its drivers, cutting its own revenue to zero for the foreseeable future. So basically: Hey Uber, two can play at this game. Lyft’s well-funded rival Uber — which started out in the luxury black sedan business but moved into peer-to-peer ride-sharing — had over the past four months beaten up on Lyft in markets where they compete by cutting prices by up to 34 percent and reducing its commission from 20 percent to 5 percent.