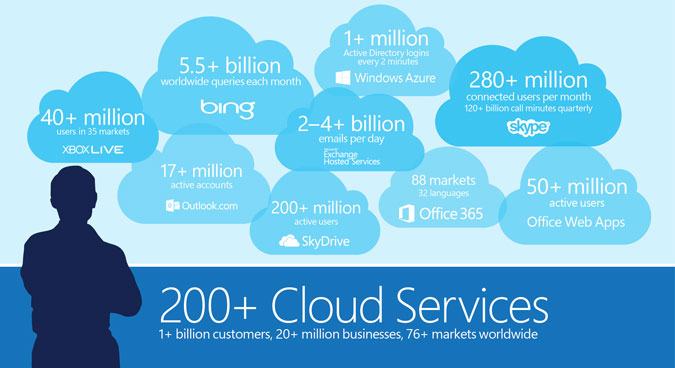 Microsoft slashed prices on several of its cloud computing services the company announced on Monday, following through on a standing promise to match Amazon Web Services, which made similar cuts last week. The software giant made the announcement in a blog post by Windows Azure general manager Steven Martin, saying it will slash prices on various services by 27 percent to 65 percent. “We recognize that economics are a primary driver for some customers adopting cloud, and stand by our commitment to match prices and be best-in-class on price performance,” Martin wrote. The move coincided with Microsoft’s Build conference taking place this week in San Francisco. It’s the latest move in what’s turning out to be a brisk price war for cloud computing services.

PreviousVerizon FiOS Media Server is Here, Lets You Record Up to 12 Channels at Once NextComedy Central Launches iOS App, Offers Free Episodes to All