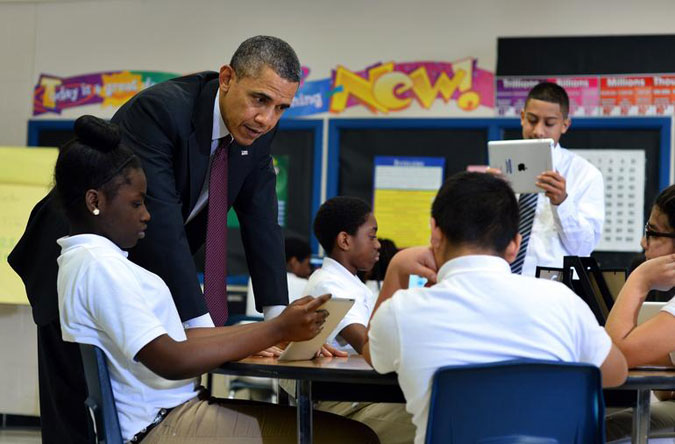 Microsoft is donating $1 billion to help school districts buy Windows devices for under $300. Monday’s announcement is being made in tandem with President Obama’s ConnectED initiative to foster greater use of technology in schools. “As much technology as we’ve brought into schools in the last 30 years, there hasn’t been significant change,” Cameron Evans, national technology officer and chief technology officer of Microsoft Education, said in an interview with CNET. He added that there still remain wide gaps in schools between students when it comes to who has access to technology. To be sure, this remains the proverbial work in progress especially when compared with the investments made in some other nations. In Singapore, for example, the Ministry of Education has spent more than $2.6 billion so far announcing a master plan for technology in the late 1990s.