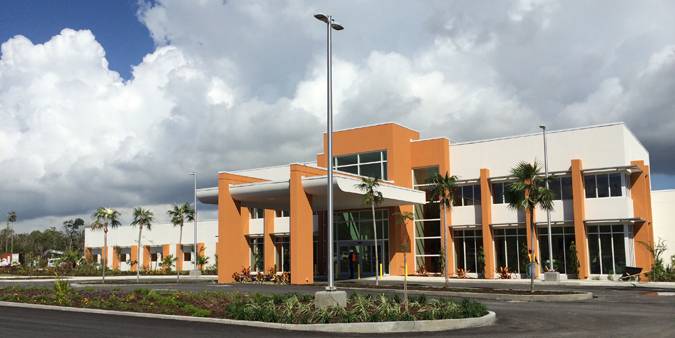 I recently wrote about the grand opening of Health City Cayman Islands. The grand opening of HCCI at the end of February ushered in a new era of hospitals in this century. HCCI has since opened its doors and is performing surgery on its first patients. It is starting to deliver on the promise of compassionate, lower cost, higher quality health care for humanity.

In that column, I wrote about HCCI and the visionary behind it, Dr. Devi Shetty. Now, let’s take a look at some of the simple – yet profound – innovations that make HCCI at the leading edge of hospitals in the world.

HCCI was built for one-third the cost of a hospital in the U.S. on a cost-per-bed basis. Of course, much of this cost differential is due to significantly greater regulations and governmental oversight in the U.S. However, what one sees at HCCI is a commitment to functional simplicity with the entire focus on efficient patient through put and high quality/low cost outcomes. The hospital’s lobby is simple and pleasant. When walking through it, all I could think about were two major hospitals in the Chicago area. One has a drive-through drop-off entrance with complex neon sculptures and valet parking. The other has a three-story atrium entrance with a two story cascading waterfall with a baby grand piano that someone plays. Is this a hospital or a Four Seasons hotel? And we wonder why are hospital bills so high…

HCCI was built with state-of-the-art modular construction ideas and a total focus on being energy efficient and sustainable with a zero carbon footprint. Big windows look out over beautiful topical landscapes. Even the operating rooms have large picture windows. When I asked Dr. Shetty why an operating room had a picture window, his answer was simple and direct; he said natural light in a workplace helps keep creativity at high levels. Given that his surgeons do five or more operations per day, staying fresh and creative throughout the day is essential.

The intensive care unit is one big room, which means a smaller staff can keep an eye on and monitor a greater number of patients. There is a high window over each bed, so recovering patients have natural light and can see the Caribbean sky. At the end of each bed is a holder for a tablet. When being admitted to the hospital, the patient is given an inexpensive tablet loaded with all necessary patient records. That tablet stays with the patient until they leave the hospital complex. At each patient touch point, the doctor or staff person makes an entry. Everything about that patient is on that tablet and also in a central control room, where all data from the tablets is being monitored. One of the goals is to attempt to eliminate any lag time between a patient event and the response from the staff. This is the iKare system, and its creation and implementation is being led by Silicon Valley veteran Samir Mitra.

Dr. Shetty has been called the “Henry Ford of healthcare” because he, too, lowers costs by increasing volume of output. He is bringing scale to what is still a largely “craft business” in the U.S. Volume of patient through put not only increases efficiency, but also drives the ability to negotiate better pricing on just about anything that goes into a hospital. This means that Dr. Shetty will not only deliver the same – if not significantly better – medical outcomes for patients than most U.S. hospitals, but his team will do so at less than half the cost of identical procedures in the U.S. That means you can have a better health outcome at a fraction of the cost – and only an hour away from Florida.

HCCI has a room entirely filled with one large machine, which converts ambient oxygen from the air into high quality hospital oxygen – something that’s usually very expensive. This dramatically lowers the cost of oxygen for the hospital. Interestingly, the company that makes this sizable machine is based in the U.S., but has yet to take an order from any U.S. health care provider.

The healthcare panel at the grand opening of HCCI (at which I was honored to provide closing remarks) was chaired by Dr. Robert Pearl, the CEO of Permanente Medical group. Dr. Pearl is also a weekly columnist for Forbes, and has written two expansive columns about HCCI and Dr. Shetty that provide deeper insights into this New Health Age.

The technologies, total sustainable vision of construction and operation, functional intelligence of operation, deep compassion and commitment to high quality care at the lowest possible cost make HCCI the vision of the future of hospital health care in the U.S. and around the world.