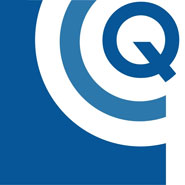 Today’s fastest 802.11ac routers deliver throughput speeds on par with hardwired gigabit-ethernet connections. That might seem slow by next year, when Quantenna Communications launches its new Wi-Fi chipset. Most wireless chipsets on the consumer market today can send and receive three spatial data streams simultaneously (these are known as 3×3 MIMO chipsets). Current 3×3 802.11ac routers, such as the new Linksys WRT-1900AC, deliver data throughput up to 1.3Gbps on the 5GHz frequency band. Asus announced at CES that its upcoming RT-AC87U router, based on Quantenna’s existing QSR1000 4×4 MIMO chipset, will deliver throughput up to 1.7Gbps. On Tuesday, Quantenna announced that it’s working on an 8×8 MIMO chipset that will deliver throughput of an astounding 10 gigabits per second when it ships in 2015.

PreviousHow to Check if Heartbleed Affected Your Android Phone NextHow to Get Windows Phone 8.1 (and Cortana) Now