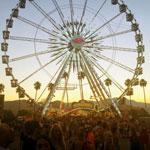 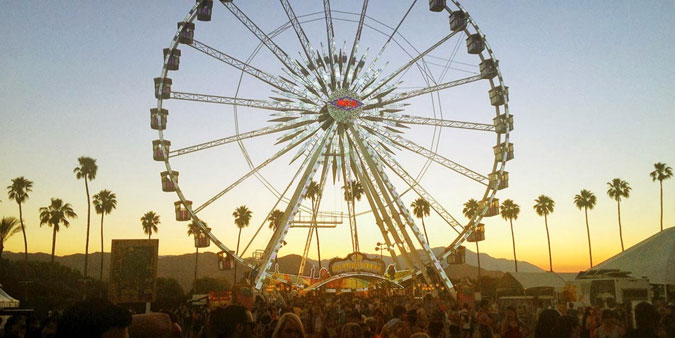 I just spent three days in Indio listening to a whole bunch of my favorite music. From Queens of the Stone Age to Lorde to ZZ Ward, everything about my first festival was memorable. But from a tech perspective, one thing trumps all else: the festival’s wristbands. (If your guess was the two-minute voiceover about Heartbleed during one of their interludes, better luck next time!)

The wristbands have practical functionality – they let the people working the event know where you’re supposed to go, based on its color and tag and which wrist you’re wearing it on. It’s also the ultimate keepsake for my three-day mini-vacation. But, most importantly, included in the wristband is an RFID chip that physically grants you access to the festival. If your wristband doesn’t scan properly, everyone immediately knows something’s wrong. You could forge a wristband, but not the chip. It’s brilliant in its simplicity. 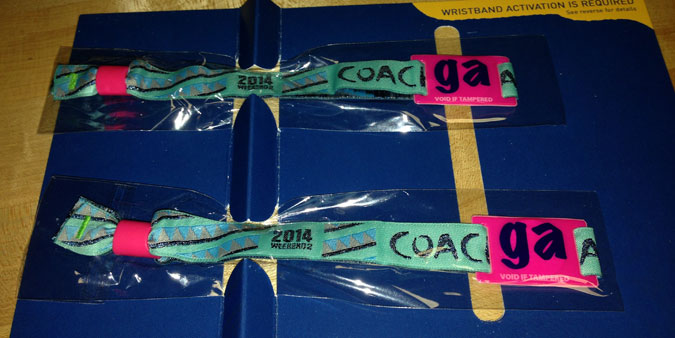 The wristband also lets you “check in” to the bands you see after first linking your wristband to a Facebook account and a Spotify account. Checking in to a performance by touching your wrist to the stage’s check-in board would update your Facebook status and let your friends know who you were seeing, and it would add the artist to a custom Spotify playlist so you could “take the festival with you” – all done through Bluetooth and the official Coachella app on your phone.

The check-in process wasn’t perfect, though. There was only one check-in location for each stage, which was fine for the smaller tents but unwieldy for the massive ‘Coachella’ and ‘Outdoor’ stages, with check-in spots farrrrrrrr from the performers. Also, for some reason, a few check-ins said I was seeing a totally different artist than who was performing. In spite of these flaws, it was a cool way to keep track of where I was wandering.

The wristbands were important behind the scenes, too. I talked to someone overseeing a handful of employees at the festival, and he said that the higher-ups could remotely de-activate the wristband of employees who fell out of line, barring them access to more exclusive areas. THAT’S POWER!

I’m sure these wristbands aren’t unique – I figure just about every other festival has a similar system in place. But seeing it up-close-and-personal for the first time impressed me. These tiny chips, in what at first glance appears to be a normal wristband, help keep Coachella the well-oiled machine it is.