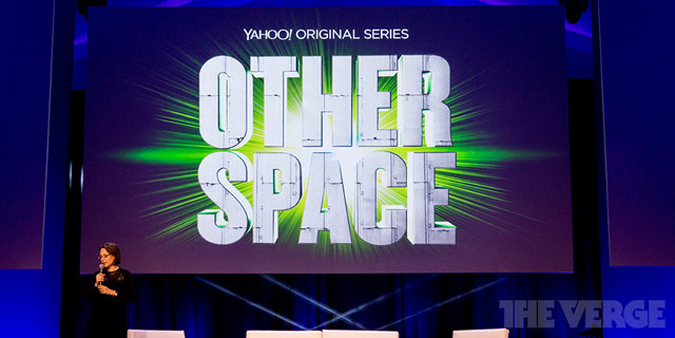 Yahoo is taking a big step into original content with its first two TV-length original series — its attempts to start taking on Netflix, Hulu, Amazon, and an increasingly large list of other top tech companies that have started to use exclusive series to attract viewers to their platforms. Its first series will be half-hour comedies, both coming from established names. The first show, Other Space, comes from Paul Feig (Bridesmaids), and will be his first TV series since Freaks and Geeks. The series is described as a futuristic comedy where humanity has conquered the galaxy and grown bored with intergalactic adventures. When a ship discovers an alternative universe, however, its ragtag crew of misfits have to deal with the implications of the unknown as they try to find their way back to their own world. “It’s a real, honest-to-God, funny sci-fi series about a group of rookie space explorers,” Feig says.

PreviousSony's 'Evolution UI' Will Teach You How to Use Android NextThe New Health Age of Hospitals Has Begun!