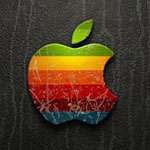 Apple plans to launch a new smart home platform at next month’s Worldwide Developer Conference that will allow iPhones and iPads to control a home’s lights, security system, and other connected appliances, according to a Financial Times report. The new “software platform,” which will be unveiled at WWDC on June 2, will be built into the iOS devices, according to the report, which cited anonymous sources. As with Apple’s “Made for iPhone” program, the new platform will be open to third-party device makers, allowing their gadgets to work on Apple’s automation system. One application of the new software platform cited by the newspaper was the ability to automatically turn on the lights when an iPhone paired with the system enters a building. Apple outlined its ideas for a home automation system in a patent filing last November.

Read the full story at CNET, and the original report at The Financial Times (paywall).