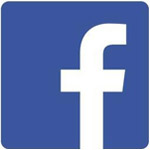 When Americans voted to renew President Barack Obama’s lease on the White House in November 2012, more than 9 million citizens took to Facebook to click the “I’m a Voter” button, showing their online friends that they had cast a ballot. The social media site plans to offer versions of the feature around the world for a slate of national elections this year, the company said on Monday. The feature was available for voters in India as the world’s largest democracy chose a new prime minister, Narendra Modi, in voting over recent weeks. Over 4 million Indian voters used the “I’m a Voter” button during the country’s parliamentary elections, Facebook said. For Facebook, this is another effort to integrate its services into the everyday life of people around the globe as it seeks to increase its number of users, particularly in emerging markets.