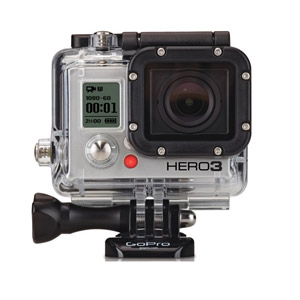 Some of the most successful businesses in history were born from early failures. With Apple, it was Steve Jobs being fired and coming back years later to lead the company to fortune. For Microsoft co-founders Bill Gates and Paul Allen, it was a failed business that crunched traffic data into reports for transit engineers. And for GoPro, it took one failed startup attempt and multiple wipeouts face-first into the ocean. Unlike so many great inventions that have happened by mistake, GoPro was born out of necessity. Fresh from Funbug, a failed gaming and marketing startup, GoPro founder Nick Woodman did what any self-respecting entrepreneur would do, and went on a surfing trip halfway across the world. He was enamored with taking pictures, and as a side project, jury-rigged a waterproof camera that could be strapped around his wrist with a surfboard leash.